Barnacre-with-Bonds is a Civil Parish in the Wyre District of Lancashire, with a population of approximately 1,711. The parish covers a large area to the South and East of Garstang, including the settlements of Bonds, Bowgreave, Barnacre & Calder Vale.

In Bonds is the Church of St Mary & St Michael, an active Roman Catholic church in the diocese of Lancaster. The church is designated by English Heritage as a grade II listed building. The church replaced an earlier chapel in the town of Garstang, and was built in 1857-58. The church and associated presbytery, school and school master's house were designed by the Lancaster architect E.G.Paley.

Next to the church is St Mary & St Michael Roman Catholic voluntary aided primary school. The first part of the school was erected in 1858. The school serves children ages 4-11 and looks out towards Greenhalgh Castle & the Bowland Fells.

At Bowgreave we have Garstang Community Academy (formerly known as Garstang High School) which opened in October 1958. It is a secondary school with Academy status, serving children aged 11-16. There is also Bowgreave Rise Care Home which was a purpose built home to accomodate up to 32 older people, some of whom have dementia. 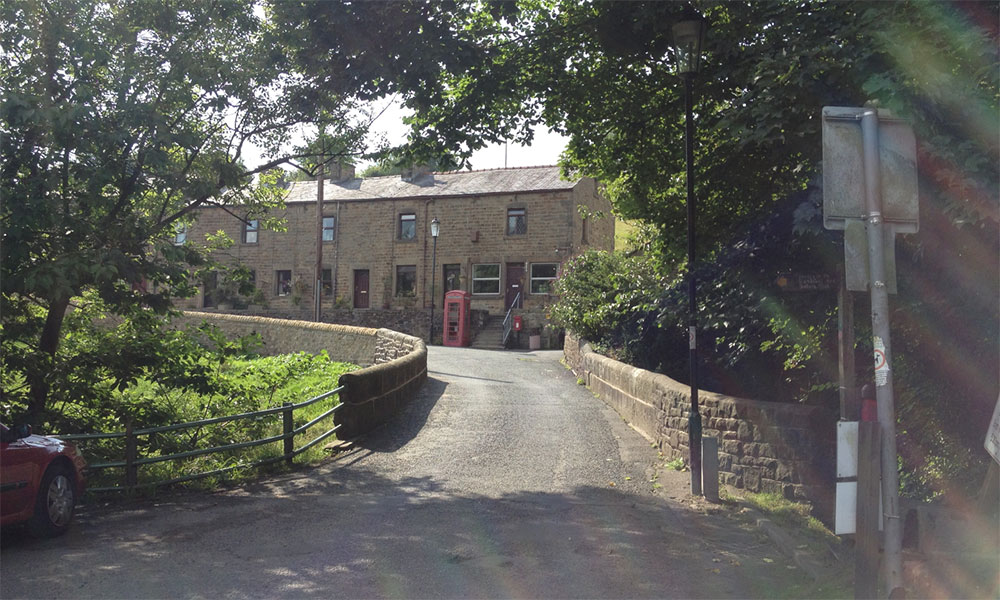 There is also the eighteen hole pay and play golf course and the Great Western Hotel, Garstang Hotel and Golf Club.

Barnacre weighs in with the old creamery industrial estate near the former Garstang and Catterall railway station and the Kenlis Arms Hotel and the Quakers meeting house on Calder House Lane.

Located on Delph Lane is the All Saints Church, Barnacre. It is an attractive Anglican Parish Church in the deanery of Garstang, the archdeaconry of Lancaster and the diocese of Blackburn. Its benefice is united with those of St Peter, Scorton and St John the Evangelist, Calder Vale. The church is designated by English Heritage as a grade II listed building. It was built between 1905 and 1906, and designed by the Lancaster architects Austin & Paley. It was originally the chapel of ease to St Thomas, Garstang. It became a separate parish in its own right in 1911. The church hosts an exhibition weekend annually, over the second weekend in July (see the gallery for more information and photos)

There is also a village hall situated next door to the church which is where the Parish Council meetings are held. The room is also available to hire for private functions.

Up the hill is the picturesque village of Calder Vale, located on the edge of the Forest of Bowland. It lies on the River Calder in a deep valley with only a single road providing access to it. The village was founded by Quaker brothers Jonathan and Richard Jackson.

In 1835 a cotton weaving mill (Lappet) was built, which was powered by the River Calder. The main product manufactured at the mill is the red and white checked cloth used for Arabian headscarves.

Also in Calder Vale is the Methodist Chapel. In the late 1800s a local gentleman named Edmund Hall negotiated the purchase of a small piece of ground from the Fylde Water Board (who bought the mills to secure the water rights) and he promptly transferred the land to the Wesleyan Methodist Trustees, so that a chapel and schoolroom could be erected on the freehold land. It was opened in May 1900 by Mrs Margerison. In 1923 the chapel obtained permission to ordain marriages.

Calder Vale also has a village hall and Mission room which are used regularly by Calder Vale WI, Calder Vale Cubs and Scouts groups and on Tuesday & Friday mornings is the base for the Outreach Post Office. Homemade refreshments are served in the village hall every Sunday in May, known as "The Bluebell Teas" (click on the Gallery tab for more information and photos) Both rooms are available to hire for private functions. 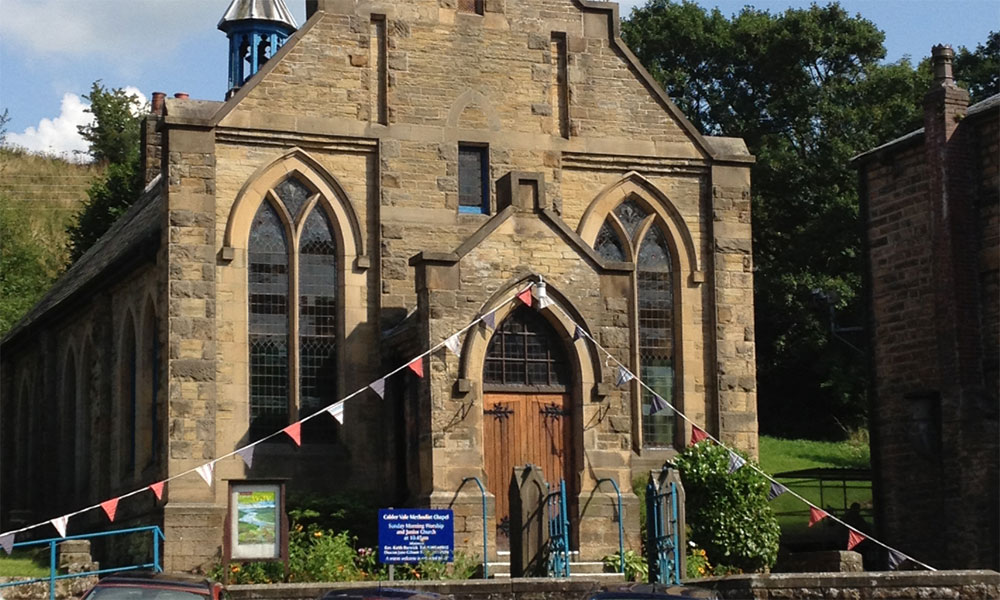 There is also a social club "Calder Vale Country Club" in the village, which opens 7 nights a week, with live music every Saturday night (in the function room, which can also be hired out for private use). Bingo is played every Sunday evening and meat bingo on the first Friday of every month.

There is a recreational ground at Calder Vale, which has a pavillion with toilet facilities / running water / changing rooms. There is a marked out football pitch sized 60m x 40m where the local community children's football team meet & play weekly. The ground is an ideal outdoor space for a variety of sporting activities & could be used by local cubs, scouts, brownies, schools, etc. Fees would apply. For more details, please contact the Clerk.

The church of St John the Evangelist lies high above the village, linked to it by a woodland footpath. The church was built from white freestone which was quarried locally, built in 1863. It serves the village of Oakenclough in addition to Calder Vale. Over the last few years the church has been open to the public on Saturdays and bank holidays in May, serving homemade refreshments.

St Johns C of E Primary School is situated next door to the church which was built concurrently with the church in 1863. It is a small rural school, in a beautiful setting, surrounded by hills and moorland which border the Forest of Bowland. There is an outdoor classroom set in woodland behind the school building. The school serves children aged 4 - 11 and as of September 2013 has 22 children on register. In September 2009 the school entered into a collaboration with Scorton CE Primary School. The collaboration has one headteacher, and each school has its own governing body.

From the village, the School can be reached via a footpath (one third of a mile). This path is flanked by the River Calder on one side and a fenced-off mill pond on the other. The footpath continues through the Church Wood where in late springtime the masses of bluebells are beautiful. The alternative route for transport is through the hamlet of Oakenclough.

The Wyre Councillor for Calder ward is:

The County Councillor for Garstang is:

Your Member of Parliament for Wyre and Preston North is:

Ben Wallace (Conservative)
Write to your MP (via writetothem.com)